skip to main | skip to sidebar

Last week we went to Switzerland to the temple. We left on Monday and came back on Friday. The week before leaving was very rainy here so we got prepared: raincoats, rainboots, umbrellas. Until the St. Gotthard tunnel we had a beautiful weather, there were 17 °C no clouds at all and a clear blue sky. Even though the mountains around us were all white we were sure that we won't have snow or rain during that week. Coming out of the 17 km long tunnel the climate was completly different: 4°C, fog, cold, rain, wind. Fortunately it was raining only on Tuesday so the kids were outside all the time. Just in case we bought for them (and for me since Emanuel has one) boots for the snow - you know: you never know... Driving toward Italy we wanted to go up to the Pilatus peak (2100 m) near to Luzern - here you can find a good site about it -, but due to heavy winds the cable way was closed that day. We had to find something else! At the other side of the tunnel we stopped at the first gas staion and were told to go to the Val Bedretta. "There you will find snow"- said the lady. After 15 minutes of driving the rain has changed, the temperature has dropped and suddenly everything turned into whhite. Giacomo and Samuele were screaming of happiness. Looking out of the window Giacomo said: "It is snowing, it is snowing, Santa Claus is close now!!" Even though Santa Clause never caught up with us, we enjoyed the snow and played for a while. As soon as Samuele could put snow on his gloves he went to everyone saying: "Look, I FOUND a real snowman!!" We were totally wet, very cold, also a bit late, but looking at the children's radiant faces we were just happy and warm inside. Here are the pictures:

Before the tunnel - in the background you CAN'T see a huge mountain: 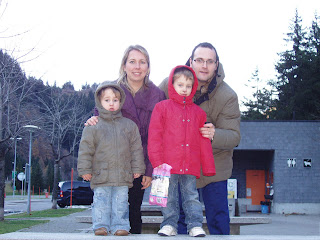 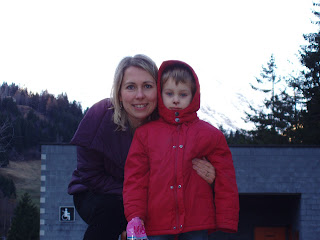 The pebbles always have a great success: 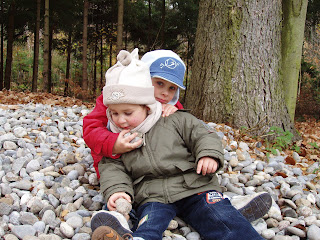 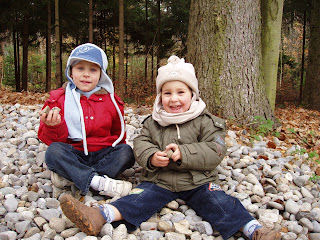 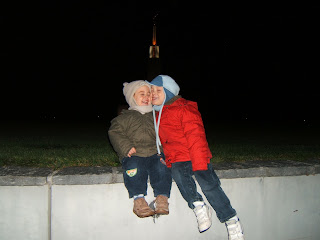 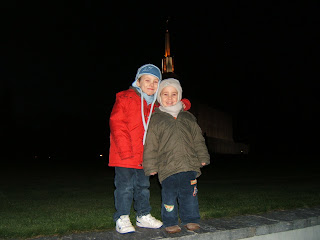 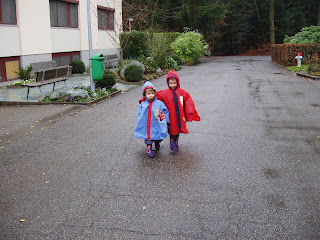 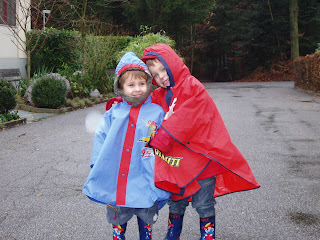 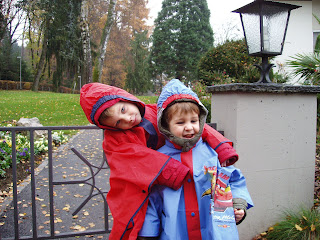 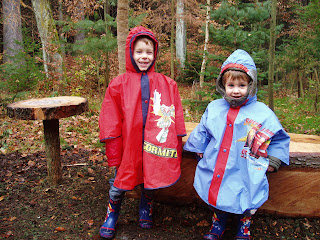 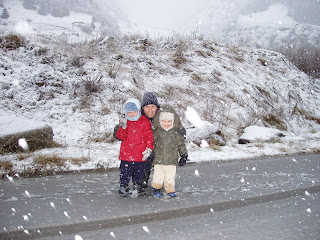 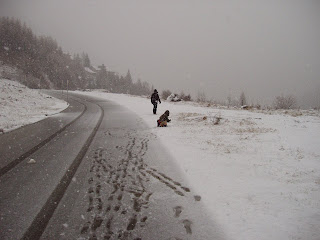 Posted by Kornelia ed Emanuel at 4:20 AM 2 comments

Finally, the computer is fixed!! I am trying to catch up on our happenings. First, let me show you 2 short videos. On a Saturday in October I went to Mestre for a church activity and I left my 3 men at home. My friend, Ilaria came with me and so, she left her 3 men at home, who ended up at our house to play together. On these video you can see Giacomo's talent as Spiderman and Samuele's talent of being a cute clown.

Posted by Kornelia ed Emanuel at 3:52 AM 1 comments

Well, some things are, but for sure, it is fun, try it! Click on the link below.

Posted by Kornelia ed Emanuel at 4:23 AM 0 comments

For some reason I am still not able to put single pictures and videos on the blog, so the slideshow is the only thing that would work to introduce you Batman, Superman ansd their two friends: Davide and Gioele Mariani. Have fun watching them!

Posted by Kornelia ed Emanuel at 7:04 AM 1 comments 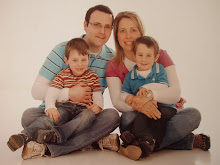